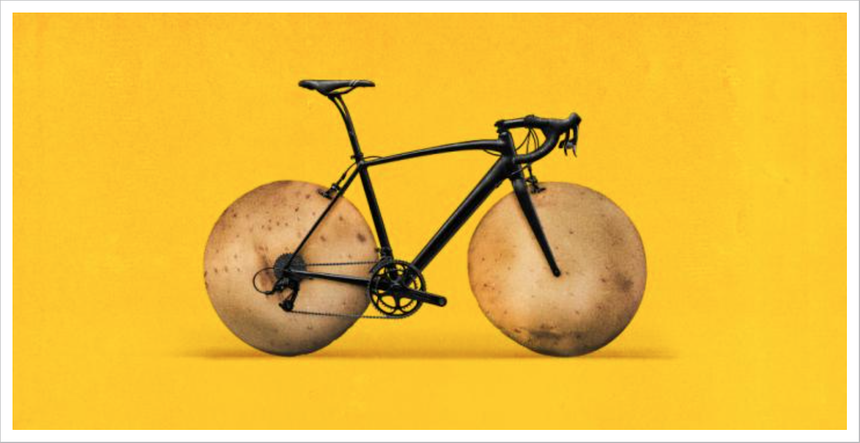 New Study Shows Potatoes are an Effective Fuel for Athletes

A new study by Dr. Nicholas Burd, a professor at the University of Illinois, shows that potatoes can be as effective as sports gels for athletic performance and better than just consuming water. The study measured the performance of 12 endurance athletes during a 2-hour cycling challenge followed by a time trial on three different days. Each cyclist performed the challenge consuming either potato purée, a commercial sports gel, or only water until they utilized all three fueling options. Not only did the potato purée help sustain performance, but it was also easily digested and absorbed when consumed.

Since Dr. Burd’s study published in the Journal of Applied Physiology on October 18, 2019, the internet has responded rapidly and positively. So far, 90 news outlets have published articles about the results, including Newsweek, MSN, and Food and Wine. The conversation has exploded on Twitter too. Nearly 600 people have shared the news on their profile, and the number continues to rise by the day. Comments show that even long-time users of carbohydrate gels are ready to make the switch to a whole food alternative. While there is much excitement, there are also some questions about the practicality of consuming potatoes mid-workout, indicating an opportunity to educate athletes about ways to easily consume the product during the workout.

This research is part of a larger story for athletes—that athletes have more options for viable fuel sources beyond processed sports gels that tend to be expensive and risks flavor fatigue. Dr. Burd’s study is funded by the Alliance for Potato Research and Education (APRE). Additional APRE research is in progress to understand the benefits of post-exercise meals including white potatoes; the impact of potatoes before and during exercise; and how muscles may be built post exercise with potatoes.